In business, we expend a lot of energy answering questions. Much of the time, this energy is wasted. The person who asks the question is not necessarily interested in the answer. Often, they simply want to know is that there is an answer, or that you know the answer. Sometimes all they want is to slow you up a little, while they think. So next time you are asked a question, ask yourself a question. Think: what’s wanted here? Perhaps what’s wanted is not so much an answer to the question, as a response to the person.

Here are seven reasons that people ask questions. Only the first one is because they want to know the answer.

Reason number 1: They want to know the answer to the question.

So this is the straightforward reason. They ask “When will this report be finished?” and they want a straight answer: “Tomorrow at 12noon.”

The skill here is to answer the question, as we were taught in school. Do not answer a different question, and do not respond with a question.

Reason number 2: They are testing you.

This is very common in business, and quite irritating. So they ask “How are these costs broken down?” They may actually want to know the cost breakdown, but more likely they are testing you. The implicit question is “Have you done a detailed calculation to get this number or did you just guess?”

So be careful how you answer. You might find yourself spending a frantic few hours doing a detailed cost breakdown when you could simply have responded “I’ve done a detailed calculation based on benchmarking the project costs with 25 similar projects. I haven’t done a cost breakdown, but I can do one if you want.” They won’t want one, because now they are re-assured there’s a clear logical basis for the number and you didn’t just guess. That was what they wanted to know. You’ve saved several hours of unnecessary stress. And you passed the test.

See what I mean?

Reason number 3: They are accusing you.

The first line of Harold Pinter’s play The Homecoming is “What have you done with the scissors?”

When the father, Max, asks his son this question, it is an accusation: you have hidden the scissors from me.

It is the genius of Pinter to point out this common ruse.

In business it looks like “What are you going to do about the project overrun?” This might be a genuine question, but often sounds more like “The project overrun is your fault. I blame you.” Conversations about who’s to blame are rarely useful, certainly not when there’s work to be done to solve the immediate problem.

However much you would like to respond with rudeness and swear words, as Pinter’s character did, a better strategy is to rephrase the question in your mind, and respond to the more positive formulation.  Respond to the question, not the accusation. So you might reformulate it as “What ideas do you have to deal with the project overrun?” and you might respond with some interesting neutral facts, or some ideas. “The overrun is 4 days. We could either do nothing, and accept the delay, or we could find out if people would be prepared to do some overtime. What do you think?”

Reason number 4: To impose a delay, to get you off their back

This is very common. Often someone will ask a lot of questions, or demand data, so that they have time to think. They send you away to do more work. They may be testing your commitment, or they may be afraid of making a decision. Or they may genuinely need to have more data before taking their decision. Either way, you can spend a long time creating a detailed answer, only to be told to go away and do more work.

I don’t know a good way of detecting or overcoming this.

I go away and do that. Then when I come back, they want to know how many in each call centre are trade union members. Then how many own a car.

I’m starting to feel I’m being used as a delaying tactic, until someone explains to me that all this data is useful in discussions with staff groups, as they are trying to mitigate the travel delays and family problems associated with longer travel times to the consolidated call-centres.

I guess the best thing to do, if you suspect that the questions are delaying tactics, is to ask for a total shopping list of all the data they want, so at least you can then plan your time. Or do what I should have done in the example above, and discover what they are going to do with the data when they get it. You can then hone your search, and present the data in a way that’s most useful to them.

When someone asks: “Why have you taken on all these unskilled programmers?” they are not asking for your reasons for recruiting the staff. They are saying “I disagree with your decision to take on unskilled workers.”

What I do (on a good day) is to try to engage the questioner in a constructive discussion by answering the question or getting their ideas. “I have several reasons why I took them on, which I can tell you if you like. Or would you like to tell me what problems they are causing you, and I can try to deal with that.”

The response the questioner wants is not an answer. They want an argument. They want to get you on the defensive and make you feel bad. If you lose your self-control you might say something like “What – are you saying this was a bad idea then? What would you have done in my position? And anyway, they are perfectly well skilled. As well skilled as you are, in any case. Huh!” This does not get anyone any further.

Professional sales people “use questions to control the conversation”. It’s in their training. “What are the three biggest problems which keep you awake at night?” So if you are on the receiving end of this, be aware. Make sure you ask some questions back, and check that the conversation is going the way you want it.

Other people use questions to exert control, especially in public: “Can you give me three good reasons why I should agree to this?” Yes I can, but I’m certainly not going to do so on the spot, unless I have them well prepared. In any case – why do you need three reasons? One reason will do, if it’s a good one.

This is an example of a question masquerading as a statement. What they are saying is: “I don’t like you putting me on the spot to make a decision, and so I’m retaliating by putting you on the spot.” Listen and learn: don’t put that person on the spot again. Go more subtly next time.

Reason number 7: To make a statement

Questions at the end of presentations are often not really questions, but positioning statements from the audience: “How will the IT group be affected by this proposal?” They may want to know the answer to that, but equally they may be framing their concern in the more acceptable format of a question. They might be making a statement: “I’m from the IT group and we are really worried about this proposal.” If this is the case, it will be counterproductive to reel off an improvised list. You are not going to allay their fears with a neat answer. They are inviting you to hear their concerns, and engage them in the process.

So if your presentation is contentious, instead of automatically putting a “Q&A” session at the end, think what you really want to hear from the audience.

“Why are we doing this now?” sounds like a question but might be the useful statement “It seems a bit sudden.”

“Can you explain why IT costs are omitted from breakdown on slide 5?” might be a helpful correction: “I think you’ve left the IT costs out of your calculation.”

Framing these useful statements as questions is a convention, but sometimes it clouds the issue and complicates the discussion.

So after your presentation, instead of a “Q&A session” you could instead ask for “Reactions, corrections and objections”. Often that’s what the questions are, at root.

Of course there are lots of other reasons why people ask questions. As a friend told me once: “If someone asks me ‘Does my bum look big in this?’ they are not asking for an answer, they are asking for a compliment.” Very insightful, I thought.

Click the link below to go to my home page

Here’s my book about business change:

Click on the image to go to the book on Amazon

My view over the city 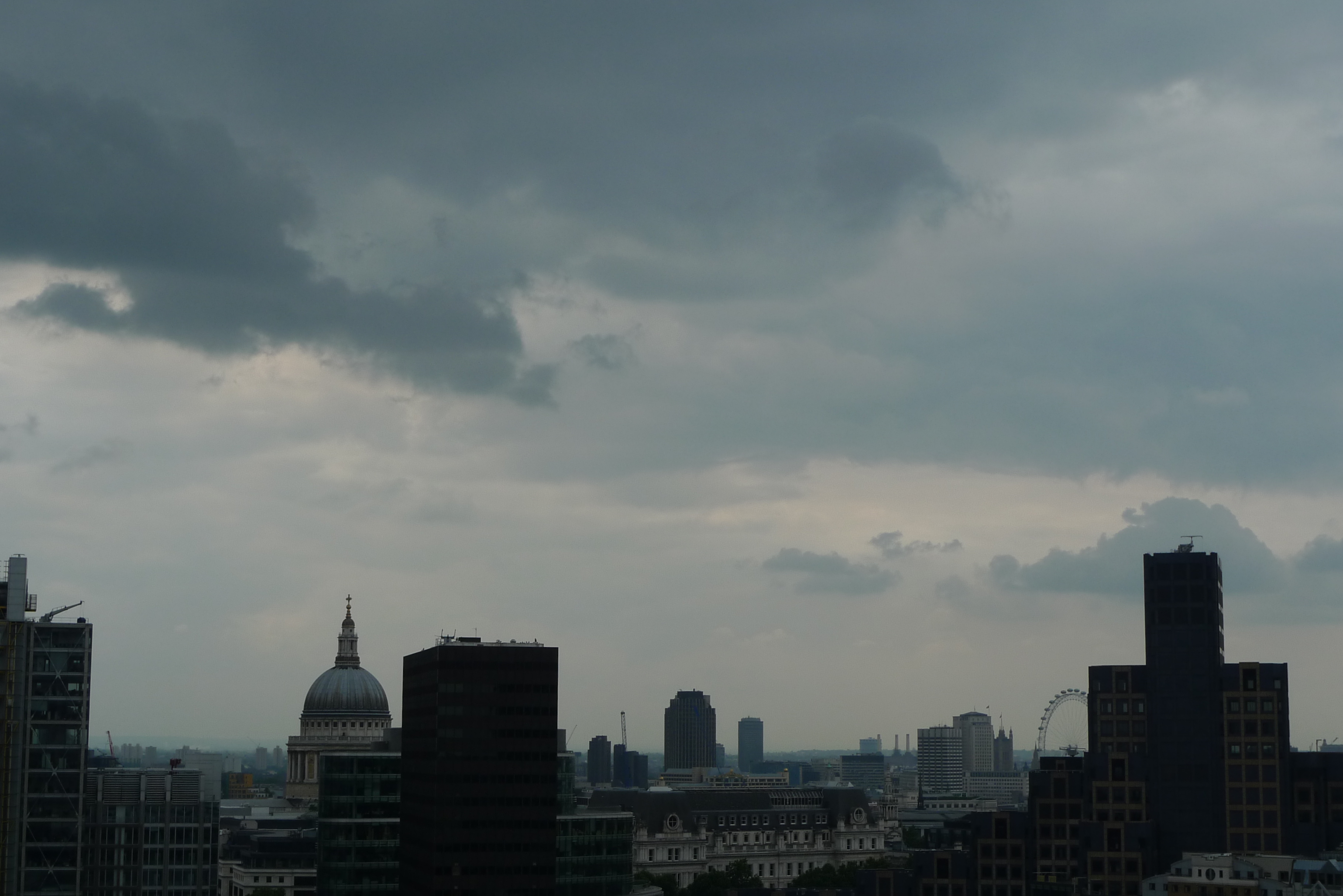 Click on the image to go to my home page www.JaneNorthcote.com